The Melrose Nashville Apartment is one of the most modern and upscale building complexes in Nashville, Tennessee, rooted in a well-placed and well-planned community. Located at 2600 Franklin Pike just south of the Wedgwood exit from I-65, or north from the intersection of I-440 & I-65, at Thompson Lane, the Melrose Nashville Apartment is constructed in a historic spot in this part of Nashville. The Leasing Office is located at Suite 107, just to the left of The Sutler Saloon.

It is close to the interstate interchange at Berry Hill in South Nashville that leads to the neighboring states surrounding Tennessee. It is also close to the Belmont University to its northwest, and the Nashville International Airport east of the Melrose Nashville Apartment.

If you’re coming from the Nashville International Airport, at Airways Blvd, you can turn left at Briley Pkwy heading south and proceed along 1-55 at Thompson Lane heading west until you reach Walmart. Turn immediate right along the service road merging with Franklin Pike heading north. The Melrose Nashville Apartment is just a few minutes’ drive from the junction.

The Melrose Nashville Apartment is part of the historic landmark of the 1940 Melrose Movie Theatre complex that has now become Sinema Nashville, and has retained its basic original structure but modern and upscale in its façade and interiors. The apartment amenities include:

There are a number of other landmarks in the immediate environs of The Melrose Nashville Apartment, among which are: the Coca-Cola Bottling Company on the eastside, Westwood Studios and Musical Concepts at Biloxi Avenue, the Move Music Publishing along Hillview Heights and a number of exciting restaurants like Athens, Koi Sushi, ML Rose Craft Beer & Burgers, Sinema Nashville, Taqueria El Pollito Express, and McDonalds.

Tennessee is a strategically located place that is accessible to four states on the south like Mississippi, Alabama, Georgia and South Carolina; Arkansas on the west, North Carolina on the East and four states on the north which are: Kentucky, Missouri, West Virginia and Virginia. 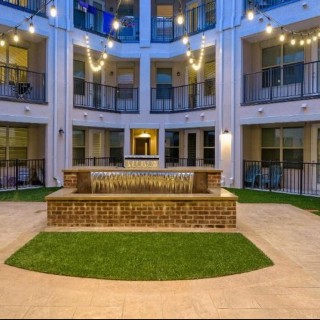 Hello there my name is Ryan Grey an Interior Home local designer and a Social Media Manager here in Nashville TN, in terms of high quality interior designs and amenities, Melrose Nashville answers it all.